The New York metropolitan area is the most populous metropolitan area in the United States and is also one of the most populous in the world. The 30-county combined statistical area of the New York Metro includes the five boroughs of New York City (Manhattan, Brooklyn, Queens, the Bronx, and Staten Island), and Long Island, counties in southwestern New York State, Northern and Central New Jersey, three counties in southwestern Connecticut, and one county in northeastern Pennsylvania. As one area, New York City Metro is the largest metropolitan commercial real estate market in the U.S. and is often described as the financial capital of the world. Based on commuting patterns, The New York Metropolitan Area is often combined with five adjacent metropolitan areas, to become the largest urbanized area in the United States, the New York-Newark-Bridgeport, NY-NJ-CT-PA Combined Statistical Area which includes the largest city in the U.S. (New York), the five largest cities in New Jersey (Newark, Jersey City, Elizabeth, Paterson, and Trenton) and the six largest cities in Connecticut (Bridgeport, New Haven, Stamford, Waterbury and Norwalk). 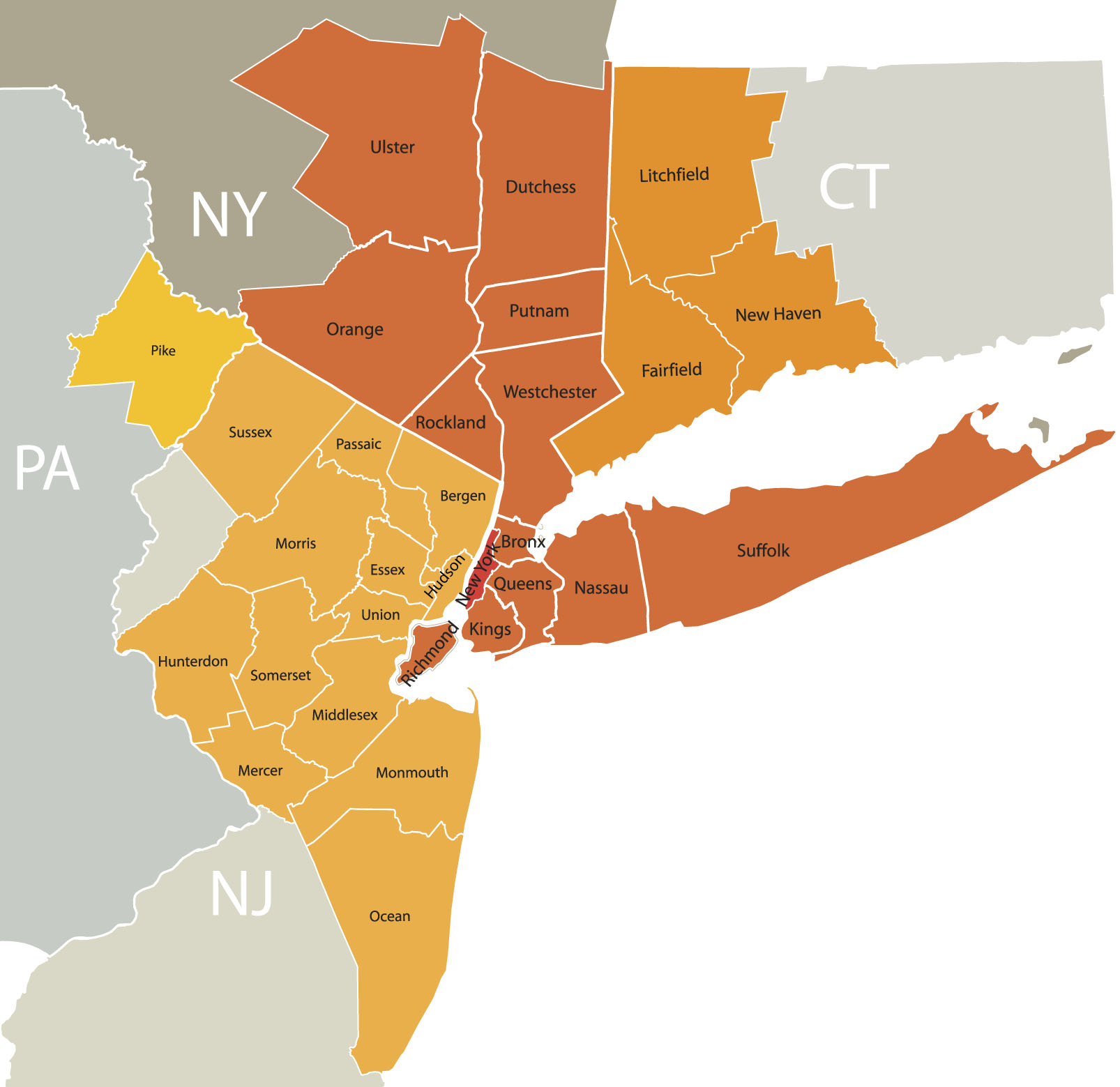 Counties in this area

We use cookies for analytics, advertising and to improve our site. You agree to our use of cookies by closing this message or continuing to use our site. To find out more, see our Privacy Policy.